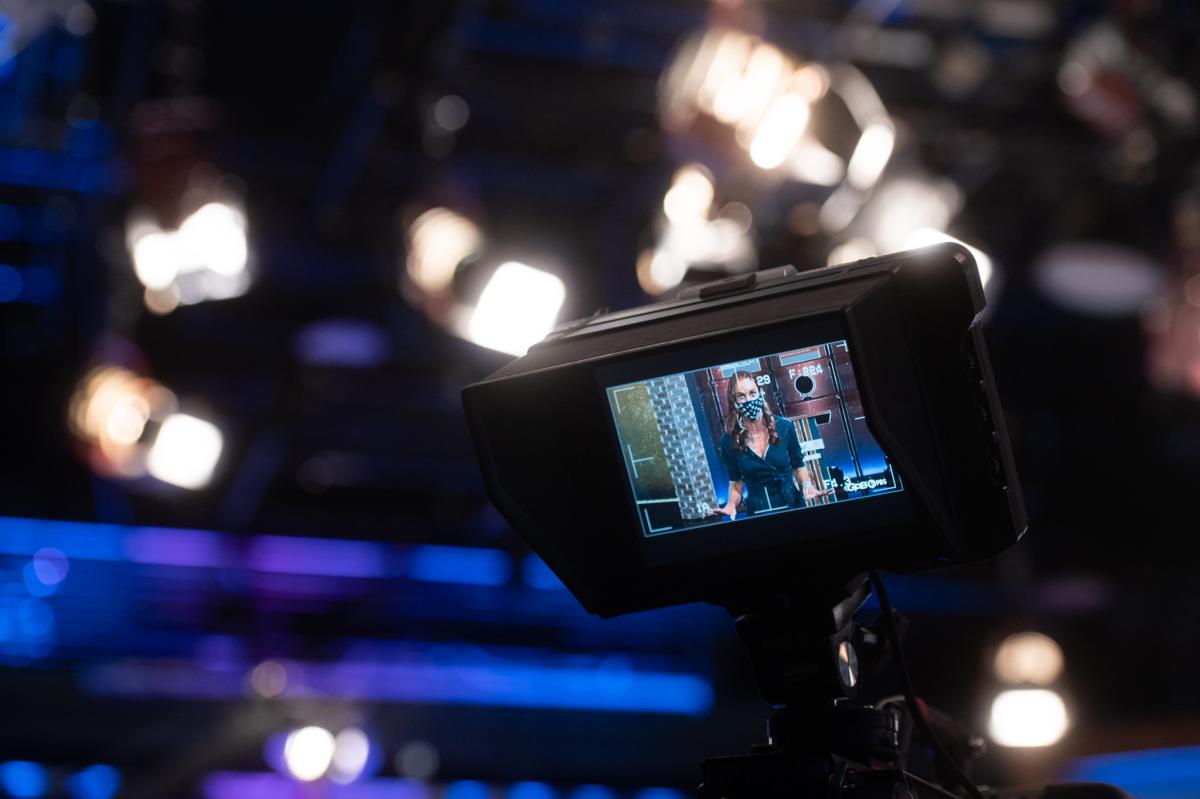 Click on the picture above or the link below to find out more about the 2021 InVenture Prize competition! Relive all the exciting moments by watching the recorded broadcast. Click on each team name to learn more about the competitors and their inventions.

Sammie Hasen
Biomedical Engineering
Atlanta, GA
First-of-its-kind accessible, discreet, and secure birth control storage that attaches directly to the back of your phone.

Winning InVenture Prize will allow me to make BCase a reality. I have relied on 3D printed prototypes for many months, but that isn't a scalable model. The prize money will allow me to finance the tooling that leads to BCase's success. Also, the women's consumer product industry has been vastly dominated by men, and InVenture Prize gives me the platform to raise awareness to this problem. I am excited to share my product with everyone, and I can't wait to improve women's lives.

From high-performance manufacturing engineers, to high school students learning to 3D print for the first time, CADe is built for all of the creatives and designers in the world. Winning the InVenture Prize will provide the CADe team with the Intellectual Property tools and funding that we need to rapidly scale our business. At CADe, we want to enable you to be more productive, to make your product a reality and to empower you to change the world.

A product always has room to develop and improve, especially one that hinges on comfort and dignity. Winning the InVenture prize with the Delta Jacket will help me help hundreds if not thousands of homeless people, through scaling my operation ten-fold. Not only will I hit the ground running by launching my buy-1-donate-1 venture, but I'll also have more resources to expand my testing to make the jacket ecosystem even more effective.

Winning the InVenture prize would be a massive step in realizing a long-held dream. After watching my blind dog, Gracie, struggle through most of her life, it would be incredible to provide a better life for her and dogs like her all over the world.

Winning the InVenture prize would mean that we can add members to our team, protect our idea, and bring the Maker Revolution to more schools! 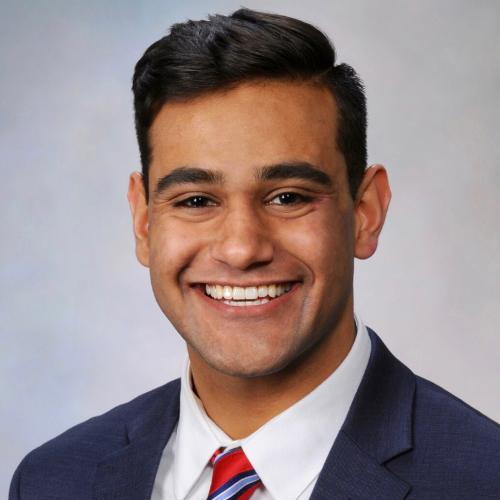 Dev is a technology entrepreneur and enjoys working in multidisciplinary teams that adopt a user-centered approach to solve real problems. His efforts and contributions have been featured in scientific journal publications, granted utility patents, Emmy Award-winning TV shows, and in ATL Inno's 25 Under 25. Dev has participated in all parts of the Georgia Tech CREATE-X program, notably having completed Startup Launch three separate times.  Dev Mandavia currently serves as Head of Strategy and Operations at OXOS Medical (oxos.com), an Atlanta-based startup that develops the Micro C handheld x-ray system. At OXOS, Dev manages broader strategic initiatives in order to achieve the company's overall goal of enabling anyone anywhere to access radiologic diagnostics at the point-of-care, expanding availability and changing the way healthcare is delivered.  Prior to OXOS, Dev was co-founder and CEO at Ethos Medical, which developed a real-time, ultrasound-based needle guidance system that enables any practitioner to quickly navigate instruments (e.g., needles, catheters) into the body (initially spine) for bedside procedures (e.g., epidurals, lumbar punctures) on the first attempt. Dev led Ethos from conception in early 2018 through securement of seed funding and completion of product development in late 2020—much of which was made possible by winning the InVenture Prize in 2019. Prior to Ethos, Dev was co-founder and CEO at Alfirin Technologies, which developed safer and environmentally friendly alternatives to commonly used surgical products, starting with the CauteryGuard, and ultimately leading to licensing and partnership opportunities with a publicly traded medical device company—much of which was made possible by winning the InVenture Prize in 2017.  Dev has a keen interest in contributing to K-12 STEM outreach, and has served as a mentor to the InVenture K-12 program since his first InVenture Prize win. 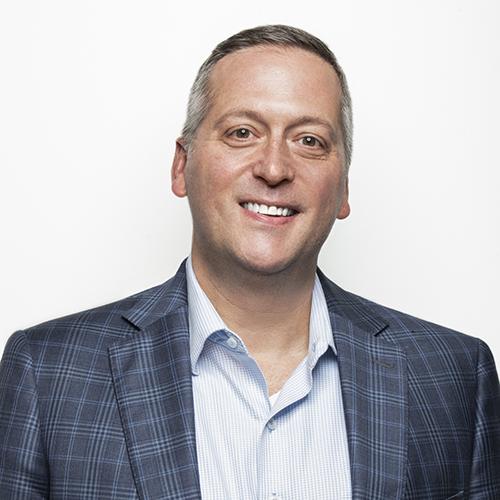 Blake Patton
Body
Blake Patton is the founder and Managing General Partner of Tech Square Ventures where he leads investments in enterprise software, marketplace, and platform technology companies. Under his leadership, the firm has invested in 51 early-stage companies. He has represented Tech Square Ventures as a director or observer on the boards of Pointivo (Chairman), Cypress.io (Chairman), PreTel Health (Chairman), UserIQ, Haste, Sequr (acquired by Genea) and Salesfusion (acquired by SugarCRM). Blake is also the co-founder and Managing General Partner of Engage, a collaborative corporate venture and innovation program in partnership with 11 leading companies, Georgia Tech, Tech Square Ventures, and Invest Georgia. Prior to founding Tech Square Ventures, Blake was General Manager of the Advanced Technology Development Center (ATDC) at Georgia Tech – named by Forbes as one of the “Top 12 Incubators Changing the World”. Prior to leading ATDC, he served as President & COO of Interactive Advisory Software and EVP of iXL, an internet services company that he joined through the acquisition of Swan Media and was part of the executive team that grew the company from startup to over $300 million in annualized revenue and an IPO. He started his career as an Associate at SEI Corporation. Blake is an active leader in the technology community, serving on the boards of Engage, the Center for American Entrepreneurship (former Chairman), Georgia Advanced Technology Ventures (GATV) and High Tech Ministries (Treasurer). He also serves on the advisory boards of ATDC and Georgia Tech’s Cowan-Turner Center for Servant Leadership and is a former Chairman of Venture Atlanta, a Georgia Research Alliance Industry Fellow and a member of the selection committee for the NC State Chancellor’s Innovation Fund.  Blake is a part-time Professor of the Practice at Georgia Tech’s Scheller College of Business where he teaches Entrepreneurial Finance. Blake earned a Bachelor of Industrial and Systems Engineering degree from Georgia Tech, where he was captain of the swim team. He was inducted into the Georgia Tech College of Engineering’s Council of Outstanding Young Engineering Alumni, is a former Georgia Tech Alumni Association Trustee, and previously served on the Georgia Tech Advisory Board. 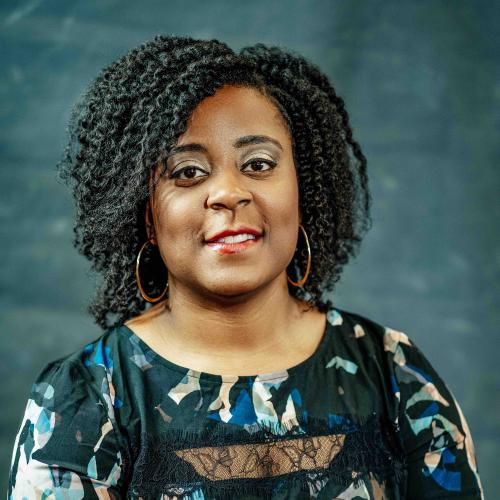 Dr. Nashlie Sephus
Body
Dr. Nashlie H. Sephus is the Applied Science manager for Amazon’s Artificial Intelligence (AI) focusing on fairness and identifying biases in AWS AI technologies. She formerly led the Amazon Visual Search team in Atlanta, which launched visual search for replacement parts on the Amazon Shopping app in June 2018. This technology was a result of former startup Partpic (Atlanta) being acquired by Amazon, for which she was the Chief Technology Officer (CTO). Prior to working at Partpic, she received her Ph.D. from the School of Electrical and Computer Engineering at the Georgia Institute of Technology in 2014 and worked for a year with Exponent, a technical consulting firm, in New York City. Her core research areas were digital signal processing, machine learning, and computer engineering. She received her B.S. in Computer Engineering from Mississippi State University in 2007. She was featured as Georgia Tech’s inaugural top 40 under 40 alumni in 2020. Dr. Sephus is a native of Jackson, Mississippi and a 2003 graduate of Murrah High School/Power Academic and Performing Arts Complex (APAC). She had several internships and research experiences worldwide with companies such as IBM, Delphi, University of California at Berkeley, GE Research Center, GE Energy, Miller Transporters, and Kwangwoon University in Seoul, South Korea. In 2018, Dr. Sephus became the founder and CEO of The Bean Path non-profit organization based in Jackson, MS, assisting individuals and startups with technical expertise and guidance. In September of 2020, she became the owner and developer of the Jackson Tech District, at least 12-acres of  mixed-use commercial real-estate in downtown Jackson to bring tech training and workforce/economic development to the area. During her leisure time, she enjoys playing tennis, playing the piano, listening to music, bargain hunting, biking, gardening and working on do-it-yourself (DIY) projects at home. 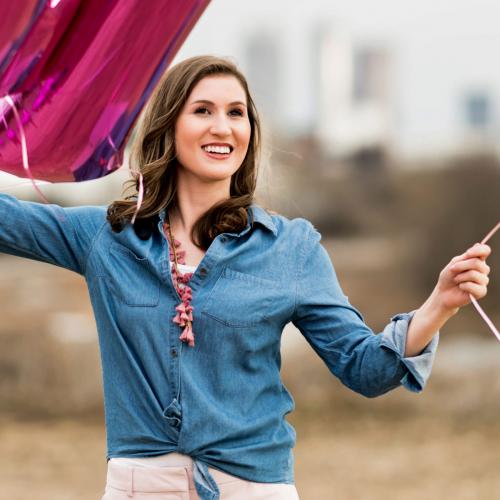 Atlanta’s Ashley Mengwasser is a six-time Emmy-winning lifestyle host, writer, and producer. Her decade-long career is proof that millennials make great television! Georgia Public Broadcasting audiences know her best as the quirky, daredevil co-host on Georgia Traveler. Ashley hosts a variety of entertainment content, from DIY to doggies! In 2018, she was handpicked to host Lowe’s Home Improvement’s explosive YouTube contest “DIY-No-Mite.” Then, she packed a duffel bag full of treats to film the top-syndicated pet travel special Pets Welcome Here (NBC, ABC, CBS, Fox, The CW). With her adventuresome basset hound Rosie “co-hosting,” the pair explored pet-friendly vacation destinations in the Eastern U.S. This former high-school Valedictorian has a deep appreciation for media that educates. This is Ashley’s fourth year co-hosting the Georgia Tech InVenture Prize and ACC InVenture Prize. She also enjoys working behind the camera. In 2015-2016, she traveled to China to write, co-direct, and EP the cultural documentary Chinese Tea: Elixir of the Orient. The program swept six Emmys in 2017, and Ashley won a solo Emmy in the writing category. Ashley acquired her passion for people and telling their stories during undergrad at Agnes Scott College. She graduated Phi Beta Kappa and Magna Cum Laude in 2009 and holds a B.A. in English Literature. When they are not brainstorming invention ideas (dog translator?), Ashley and Rosie enjoy long walks, naps, and a shared bowl of spaghetti. 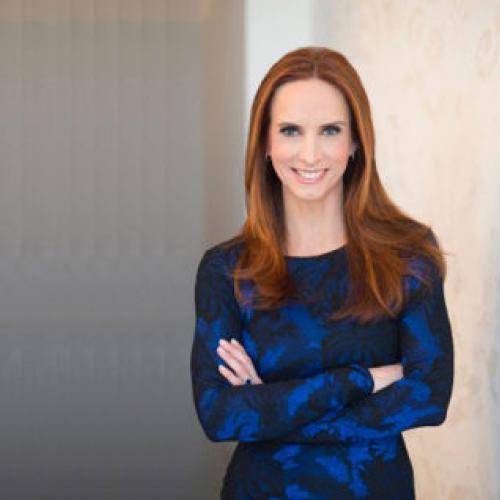